The TLCCV CruiserKhana was on again 15th to 17th Of April at the club property just out of Yarck north east of Melbourne off the Melba Highway.
Once again I was running the communications systems with Michael Martin; based on UHF CB and Motorola Digital Radios.
The competition stared on the Friday night with an optional night drive, finishing by midnight so needed to have the system up and running by 6:00 PM.

Well, as per last year (but this time April rather than March) I headed up early on the Friday morning; breakfast at Yarra Glen then north into the King Lake N.P. Andrew Hill is accessed from Gordon Bridge Rd. The turn off comes up quite quickly once over Mt. Slide and it is a hard left hand turn at the intersection with the Melba Hwy onto the gravel road.
Head south down Gordon Bridge Rd. and cross the infant Yea River, not far past the Yea River, the road swings to the west and, passing Moore Ct on the left, turn right at Mountain Creek Track which is about 1 kilometre from the bridge.
Mountain Creek track is closed to general traffic about 150 metres in off the Gordon Bridge Rd. There is a large clearing suitable for car parking. 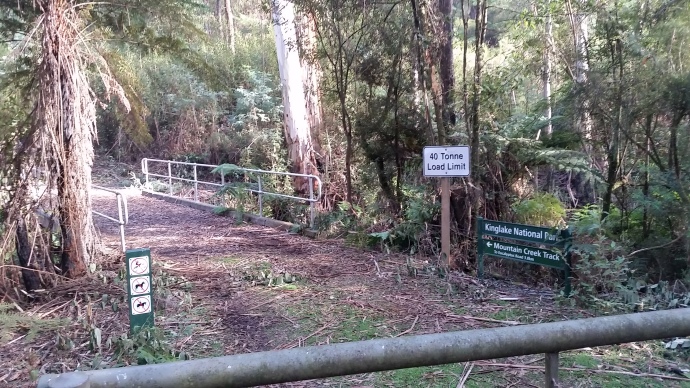 From here, unless you are an authorised person, it is foot travel only. Walk around the vehicle gate and over Mountain Creek to the intersection of Andrew Hill Track. Turn right and start heading up!
At first the fire trail heads south east, following the contours of the hill but then the climb up the spur is steady from 400 metres up to 625 (according to the sign) metres at the summit. (Note the listed height, must check this next time but I believe it is wrong!)
The distance from Mountain Creek is listed as 2.2 kilometres and this took me a solid 1/2 hour albeit one break to take a work phone call.

Phone coverage is excellent.
The summit activation zone is at the junction of Andrew Hill Track and Dusty Miller Track.
Sign post good to support a squid pole.
Activation time 55 minutes. plus 10 minutes for set up and again to pack up.
Starting off on 40 metres CW, I quickly qualified the summit; contacts with Nick VK2AOH, Steve VK7CW, Rick VK4RF and Gerard VK2IO.
As it seemed the NVIS (Near Vertical Incidence Skywave) was not happening, I moved down to 80 metres CW but nobody worked here. I then tried 30 metres CW and could weakly hear Nick VK2AOH but not well enough for a confirmed contact.
Thinking that 10 metres could give me a chance to work back into nearby Melbourne, I spotted my self on CW and was instantly rewarded with Ron VK3AFW/M a solid 569. Surprisingly nobody else was heard.
15 and 20 metres provided the same result as 80 metres so I finished up back on 40 metres but this time on phone. A cross mode and park to park contact was had with John VK5BJE/3 and VK3PF, VK2XXM, VK2JDS/M and VK5FANA were also in the log.
Better results than last year. Maybe being 1 hour later due to the end of daylight savings was a help. On that occasion, all on 40 metres I struggled to get 3 x CW and 3 x SSB plus 1 x 2 metre FM contact off the hand held. 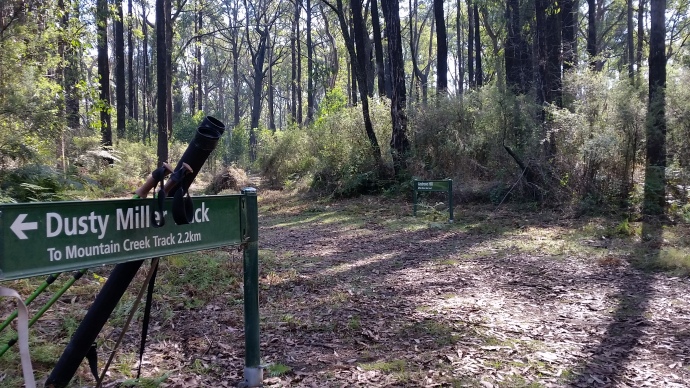 The walk down was only about 5 minutes quicker. Take care as the fire trail is clay based and is slippery in places when wet.
Coffee and a bite to eat back at the car then off to Yarck. 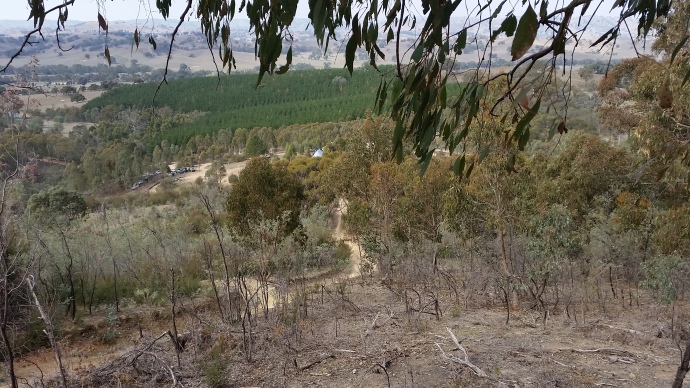 TLCCV is Toyota Landcruiser Club of Victoria.
Whilst running the communications, I was able to do some chasing as I had the KX3 set up. Many asked why we were using morse code to communicate with the competition area?
Had some good contacts, working Warren VK3BYD on CW from all of his summits. Stuffed up 1 CW contact with Ian VK5CZ/P when I was trying to send CW and work the UHF radio at the same time. Called Ian Gerard. On the Sunday I was lucky enough to work Warren ZL2AJ on ZL1/BP-159 thanks to a quiet environment.